i Jun 20th w No Comments x by NOSORH 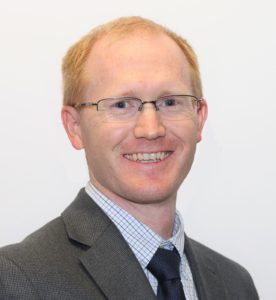 What I’m working on right now: New interactive maps and public data sets to add to the Data Portal on our new website, as well as SHIP consortium projects, a strategic plan document and balanced scorecard measures, hiring new staff and putting on our 8th annual Rural Hospital Administrators Summit.

If I weren’t doing this, I would be…kayaking with my wife and kids or out doing landscape photography.

3 great things about rural health in my state: (1) Amazing people who care deeply about the work that they do (2) No hospital closures and few hospitals in financial distress (3) The Rural 9 network of independent rural hospitals that is having great success!

What I’m currently reading: Good to Great by Jim Collins

Favorite quote: “There are two primary choices in life; to accept conditions as they exist, or accept the responsibility for changing them.”

i Feb 21st w No Comments x by Ashley Muninger 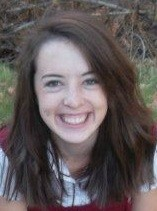 Favorite thing about working at a SORH: I love being able to interact with the people who live in rural communities and increase my understanding of the challenges they face.

Best advice I ever received: From the associate dean at my MPH graduation, “Get your foot in the door.”

If I weren’t doing this, I would be…sledding with my daughter, traveling the world, or reading a cheesy romance novel.

Who inspires you? My mom.

What I’m currently reading: I just finished “The Immortal Life of Henrietta Lacks”.

i Mar 1st w No Comments x by Beth Blevins

In his first week as director of the Utah Office of Primary Care and Rural Health, Matt McCullough faced a potential crisis: a Rural Health Clinic (RHC) in the southeastern part of the state was in danger of losing federal certification. Fortunately, McCullough found the solution—obtaining a (GDSA).

“A Critical Access Hospital (CAH) in Southeast Utah had commenced building a new Rural Health Clinic (RHC), but they found out that the area in San Juan County, where it was being built, wasn’t inside a HPSA () designation,” McCullough said. “So last September they asked our office what we could do.”

It all comes down to numbers—specifically what does and does not qualify geographically as a HPSA, McCullough explained. “To be a geographic HPSA, a county has to have a population-to-provider ratio of 3,500 to 1,” he said. “With 15,000 people in the entire county you only get four providers and then you don’t qualify for a HPSA anymore. San Juan County has a partial HPSA, but it doesn’t cover the area where the new RHC was being built.”

Without the HPSA designation, the new RHC would not have been certified by CMS, “and without that certification, they might not have been able to open or stay open for long, because they would lose all that funding,” McCullough said. To qualify for Medicaid reimbursement, normally RHCs have to be either in a HPSA or a Medically Underserved Area (MUA). But the third option, which not every state pursues, is GDSA certification, he said.

“This GDSA is a huge benefit to the state,” McCullough said. “It qualifies all frontier counties in the state as governor designated shortage areas. Some of our frontier counties are extremely frontier—less than two people per square mile, and they have a number of health disparities.” For example, San Juan County has a Native American population of 49%. Because of this, he said, “HRSA was able to approve the GDSA because these areas are extremely underserved.” And once states receive GDSA approval, it never has to be updated, he said.

Although he told the CAH that it might take up to a year to get the GDSA certification, Utah was able to get it in only three months, a speed McCullough attributes partly to the knowledge he had obtained in his prior job as Senior Research Analyst and Program Coordinator for Utah’s Primary Care Office (PCO), where his responsibilities included HPSA and MUA designations. Another part of that success, he said, was having the PCO and the State Office of Rural Health (SORH) in the same office. “Many SORHs work with RHCs but don’t know all the criteria of designated shortage areas,” he said. “You need a good combination of having SORHs and PCOs working together to get this done.”

Additionally, using a direct connection with the governor’s office helped move the process along more quickly. “I drafted the letter and had the executive director of our Department of Health send it to the governor’s office directly,” he said. “I think that helped, to have his approval come from our office. Our governor is very rural-friendly. The letter was signed and sent back to us to send on to HRSA in only two weeks.” It also helped, he said, that he wrote two letters—one to the governor that explained the process and why the certification was needed, and a second letter for the governor to sign to send to HRSA. “So he didn’t have to write it, which saved a couple months of time,” McCullough said.

Utah also got help from other SORHs and PCOs in how to pursue the certification. “We reached out to Oregon because they had recently done this and they gave me a copy of the letter they sent to their governor requesting the certification and the one they sent to HRSA,” he said. In addition, he found examples of GDSA request letters from other states online. “I took those letters and pulled out the things that I felt would pertain to Utah the most and wrote a letter that made the most sense for Utah.”

Now that the GDSA certification is in place, McCullough said he has already begun to hear from hospitals in the state requesting GDSA approval for their clinics, and he imagines that his office will have one or two requests a year for it.

McCullough recommends that other states think about pursuing GDSA certification. (According to HRSA, only —plus Utah—now have GDSA certification.) “I’d be more than happy to help them and share the letters we wrote,” he said. “Having those letters is an important first step. Second is figuring out what works for your state. I didn’t use the numbers given in the other letters. I looked at each frontier county in Utah, to see how many could qualify, and adjusted the numbers to make it as beneficial as possible for our state. That’s where I’d be happy to provide guidance and share what worked best for Utah.”

Does your SORH have a “Promising Practice”? We’re interested in the innovative, effective and valuable work that SORHs are doing. Contact to set up a short email or phone interview in which you can tell your story.

i Jun 8th w No Comments x by Ashley Muninger

What are the most important things you are working on?
The most important things we are working on right now are implementing two new state loan repayment programs for providers, demonstrating success in two primary care grant programs, providing accurate and meaningful technical assistance, and hosting a meaningful and value laden rural hospital administrators summit.

What is the biggest challenge facing SORH leaders today?
The biggest challenge facing SORH leaders today (at least in our state) is funding and data. It is difficult to keep up to date on all of the rural health care changes. We could do a lot more and be more effective with increased funding and more data, including more timely analysis of data already being collected.

What characteristic should every SORH leader possess?
One characteristic I believe every SORH leader should possess is excellent communication skills – especially listening skill. Every single issue you deal with must begin with a dialogue. As a leader you have to be able to listen attentively, interpret accurately what you are hearing, and then articulate clearly your positions or solutions.

1) We have a very talented and dedicated staff in our Office of Primary Care and Rural Health. It is a pleasure to work with individuals who get rural health and are motivated to do all they can to improve rural healthcare in every way possible. It is also a blessing to have an administration that supports our office and our efforts. They are knowledgeable and experienced in rural healthcare to a very exceptional degree. It is exciting to work in an environment that understands and supports your efforts and priorities.
2) Recognizing great work of our provider agencies and the accomplishments of their efforts. Utah has submitted applications for great works of our CAH hospitals to the National Rural Health Resource Center and their CAH Recognition program.  We have had a hospital selected in each of the first five competitions and are proud of their efforts and the recognition that followed their efforts. Additionally two more of our CAH hospitals were recognized this past year at the NRHA CAH conference S Top 20 Best practice Recipients in the areas of Patient Satisfaction Reporting and Financial Stability. Also, all of our hospitals are doing great work with HCAHPS, MBQIP, and ICD-10, which they have put a great deal of effort in over the past two years.
3) And the greatest thing about rural in our state is the collaborative relationships we have with our hospitals and clinics, organizations such as our state hospital association, our primary care association, our state rural health association, our local health departments, and many other partners and state agencies who all work with us to improve health care in rural and frontier Utah. It is refreshing to always deal with the positive attitudes and willingness to work together for the greater good.