i Dec 5th w No Comments x by Beth Blevins 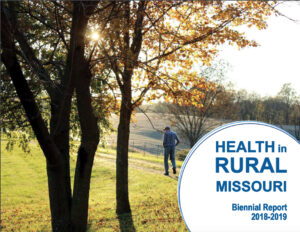 i Nov 16th w No Comments x by Matt Strycker
What was the biggest challenge for you when joining the Office of Rural Health?
Many of the performance measures were so broad, overarching and big picture that it was a little difficult for me since my career has focused on very quantitative instead of qualitative measures.  I spent nearly 13 years working on grants for communicable disease, STD, and HIV, so when I started, I asked how do you know if these programs are really making a difference?  I realigned our evaluative techniques to go back to the basics to make sure we are measuring what we are doing appropriately.  I created a logic model (click here to view) to focus our office activities.
What have you learned this past year?
I recognized that our relationship with our hospital association is one our strengths because they have the complete trust of our rural hospitals. We were only working with them on MBQIP.  We realigned our Flex grant to develop a new quality improvement program that includes MBQIP measures and financial measures.
What is the most important thing you are working on right now?
Every 2 years we provide a biennial report to the legislature (click here to view).  This year we are taking it a step further and adding rural and urban health disparities.  It will be a useful report when it is finished but it is a lot of work until then.
What are your 3 goals for the upcoming year?
1. I want to do more professional training to learn how to be a better supervisor and leader.
2. I want to try to strengthen collaborations.  We are trying this with a joint conference this year.
3. We are also rebuilding SORH activities to make them stronger.
If you weren’t doing this, you would be…?
I would still be working at the department of health.  I am very passionate about improving public health, mental health, and chronic disease.