Promising Practice: Community Cafes in Alaska Give People a Say in Their Health Care

i Apr 1st w No Comments x by Beth Blevins 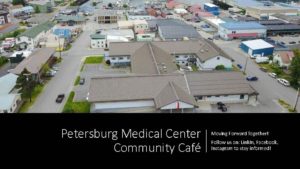 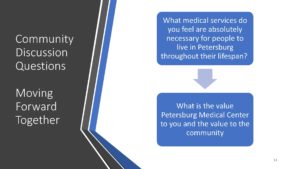 i Jan 20th w No Comments x by Matt Strycker

Pat Carr is the Director of the Alaska Office of Rural Health in Juneau. She is also the Section Chief for Health Planning and Systems Development. Pat moved to Alaska from North Carolina in 1993 and started working with the state office three years later. She is on the Frontier and Rural Expert Panel of the National Center for Frontier Communities and the Advisory Committee for the University of Alaska Anchorage master’s in Public Health program. In her free time, Pat enjoys cross country skiing, hiking, snowshoeing, fly fishing and tennis.

As Director, what are your two biggest challenges and how do you meet them?

There are competing priorities and shifts in funding levels. It takes diligence to stay focused on our goal of improving health and access to health care. Strategic planning and maintaining partnerships with others who share the same goal are ways that I meet these challenges.

What makes your SORH different than those in the “lower 48”?

Alaska is a big state geographically but we have a smaller population and in many ways, less complex organizations. We are able to get to know and work with lead staff of these organizations easily. No matter the rural health issues we are working on, the same people are around the table. The richness of our Alaska Native cultures is a special resource.

You mentioned that most areas in Alaska are considered frontier and are connected by water rather than roads. Tell us about the unique challenge of travelling through your state.

Most of my staff members are in Juneau, however I have some staff members in Anchorage, 500 miles away, and I have to fly to meet with them face to face. I have traveled to communities by jet, float plane, small wheeled planes, and ferry. I have been picked up at local airports by four-wheelers and by pick-up trucks where my seat was in the back. The communities are so different. I love traveling throughout Alaska and I never stop learning!

i Mar 18th w No Comments x by NOSORH

Through a federal grant program, the Alaska State Office of Rural Health (AK SORH) is expanding telehealth technology and mental health services for veterans in the state. Alaska is one of three states (including Montana and Maine) awarded $300,000 for the second three-year cycle of the Flex Rural Veterans Health Access Program; (it was awarded funds in the first program cycle as well). The program is part of an ongoing collaboration between HHS and the Department of Veterans Affairs (VA) towards implementing an information infrastructure for rural health. “The federal mandate is to provide access of care closer to home and develop increased collaboration between the VA and local providers,” according to Tracy Speier, Health and Social Service Planner and RVHAP Director at the AK SORH.

Speier said that the focus on veterans is important in Alaska because the state has the number one veterans population, per capita, in the country. And telehealth is essential in a frontier area like Alaska, Speier said, because there is no road system in much of the state–most of its towns are accessible only by boat or small aircraft or, in the winter, snowmobile or dogsled. Speier gave an example of a veteran in a rural community in Southeast Alaska who has been getting care at a VA clinic in Anchorage. A one-hour visit there required three days of travel due to airline schedules-one day to travel to Anchorage, one day for her appointment, and one day to travel back. “I don’t think people realize how vast Alaska is,” Speier said. “Now through telehealth, she can meet with her counselor through video conferencing technology.”

In the last year and a half, the AK SORH has developed a telehealth network from the ground up in seven rural, remote communities in Southeast Alaska; trained 150 community-based providers on military culture PTSD, TBI and military sexual trauma in Juneau, Anchorage and Fairbanks; sponsored VA-approved PTSD treatment training to 19 behavioral health providers; and trained health administrators from non-tribal community health centers, Community CAH, and CMHC state-wide on how to do business with the VA. “This develops an increased collaboration between the VA and rural clinics in order to increase access to and quality of care for veterans in rural communities,” Speier said. “This could be duplicated in other areas with a commitment by the VA to work with non-VA clinics.”

Over the next three years, the AK SORH plans to work to identify veterans who are enrolled in public assistance programs in the state, to help them access VA and other benefits. “It has been challenging to identify veterans in need of services,” said Pat Carr, AK SORH director. “Many providers don’t ask people if they are veterans.” The AK SORH plans to use the PARIS (Public Assistance Reporting Information System) system in this effort. Carr said that other states that have worked with their public assistance agencies to implement this model “have saved significant funding.”

NOSORH hosted a Learning Community Call on Working with Rural Veterans on September 26th (in which Speiers described the Alaska program). Click here for a recording.

NRHA Development and the Future of Rural Health (T. Barnhart)

i Feb 13th w No Comments x by Matt Strycker

NRHA Development and the Future of Rural Health (T. Barnhart)

i Jan 16th w No Comments x by Matt Strycker

i Jan 14th w No Comments x by Matt Strycker