Sowing the Seeds of Healthy Eating in Rural Indiana

Thanks in part to the Indiana State Office of Rural Health (Indiana SORH), rural residents in Allen County, Indiana, soon will have the opportunity to take classes on cooking and healthy eating through the HEALing Seeds program.

The Our HEALing Kitchen (OHK) program, which began in 2015 in urban areas of Allen County, in and near Fort Wayne, has been rebranded as HEALing Seeds for its launch in rural, said Laura Dwire, Community Programs Manager for the St. Joseph Community Health Foundation (SJCHF), which manages and is the fiscal agent for HEALing Seeds. OHK is cosponsored by SJCHF and Parkview Health. 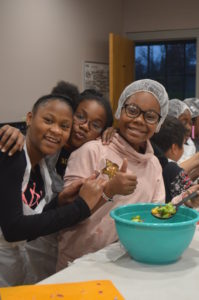 “We knew food deserts were a really big problem in urban areas,” Dwire said. “But rural areas have the same low-access pockets. Some of our areas are 15-20 miles from a grocery store. Because it’s rural and their needs are different, we’ve adjusted the curriculum and rebranded it as HEALing Seeds.” HEAL stands for Healthy Eating and Active Living, she said.

The aim of HEALing Seeds is to provide the seven rural communities of the New Allen Alliance (NAA), a coalition of communities in east Allen County, training and education to encourage healthy cooking, increase access to healthy foods, and ultimately improve health outcomes within the region, Dwire said.

The program uses a “train the trainer” model, Dwire said. “We realized there has to be a trusted individual in the community that facilitates the classes because if I came in and said, ‘Hey we’re having public cooking class,’ the attendance would be low,” she said. HEALing Seeds offers a three-hour training for program facilitators and administrators (which can be the same person), and then facilitators deliver classes in their communities or organizations based on their schedule and timeframe, she said.

The HEALing Seeds curriculum is composed of eight sessions, with four to six recipes taught per session, “but the facilitator can bring in their own recipes if they meet the standard nutritional guidelines, and they can create their own schedules—whatever works,” Dwire said. “In the past some organizations have added exercise classes, yoga instructors, and mindfulness training, and some churches have tied it into Bible study. So HEALing Seeds is just the foundation for the organizations to build a movement.” 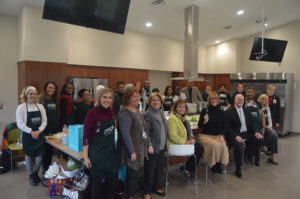 Seven organizations in the NAA have agreed to hold the classes, including two youth centers, an alternative school, a community center, and a senior living community, Dwire said. “Originally the program was designed only for adults, but then we realized it was impactful to teach life skills to middle schoolers and above because they have the same health issues—obesity, hypertension, diabetes—as the adult population,” she said.

The project is part of the funding NAA received when it was designated an Indiana 2018 Stellar Community, said Joyce Fillenwarth, Indiana SORH Manager. “The purpose of the Stellar program is to encourage and emphasize collaboration among all community stakeholders in planning their vision for future economic and community development.”

“In 2018, our office approached the Indiana Office of Community and Rural Affairs and suggested that the Stellar Designation include a rural health component,” Fillenwarth continued. “Incorporating the community health assessments as a component of community-wide planning will improve the comprehensive nature of the process.” The Indiana SORH grant provides $75,000 (which was split between the two designees the first year) for projects that address health and wellness issues within the respective regions, she said. 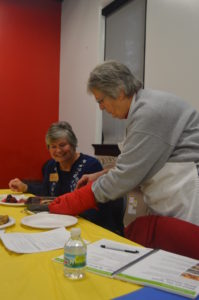 Vickie Hadley, a Woodburn resident, facilitates an OHK class at Johnnie Mae Farm,  a partnership between the City of Fort Waynes’ Office of Housing & Neighborhood Services and Purdue Extension.

NAA chose OHK as the health component for their stellar designation application because it was already a success and was ready to go, said Kristi Sturtz, NAA Rural Liaison. According to Dwire, in the past four years, OHK has expanded to over 40 organizations and 1,500 participants.

The hope is that the program will be sustained after funding has ended, Dwire said. “We have chosen organizations that have the capacity to incorporate the curriculum into their programming,” she said. “We give them comprehensive skills to keep moving without our funding.”

As part of the move toward self-sufficiency, the grant agreement requires each class to have a celebration at the end of the program, which is planned, prepared, and served by the participants, Dwire said. “They can invite family, make a theme, whatever they want,” she said. “We ask that they raise funds for its cost so they can be part of the solution. We also suggest that they partner with a farmer or grocery store or local organization to support their class as well. We’re trying to make it theirs, give them the tools so they can go on.”

Dwire said that she would be happy to share the OHK recipe book and curriculum with any interested organizations. The recipes are available on the SJCHF website.

HEALing Seeds train-the-trainer sessions will begin in December, with the rollout of classes planned for 2020, Dwire said.