As a previous winner of the Emerging Leader Award, Sharla Allen knows what it feels like to be recognized by her colleagues. As the Awards Committee chair, the Wyoming Office of Rural Health manager also knows how rewarding it can be to play a role in determining the winners.

“When I won the Emerging Leader Award it was so exciting because it meant that my peers saw something in me that brought value to my state office and NOSORH,” she said. “And being on the committee that picks the winners is special because I know how much it means to hear your name called and be recognized by your colleagues.” Read more.

Registration for the NOSORH Annual Meeting in Omaha, Nebraska on October 28-29, 2014 has been extended until October 9th. We look forward to seeing NOSORH members and partners at that time.  Once again, NOSORH is offering virtual conference participation to SORH staff that is unable to attend the meeting, but would like to join via webinar for selected sessions.  Nine general sessions will be available to virtual conference attendees. Read more.

Partners and SORHs Gearing Up For National Rural Health Day

Last month 11 new SORH directors and staff attended an orientation to HRSA and the Federal Office of Rural Health Policy.  New staff had the opportunity to meet with Associate Administrator Tom Morris, federal project officers from across HRSA, and the National Rural Health Association.   New staff reported that the meeting provided them with new and better direction, taught them more about SORH roles, and definitely expanded their knowledge of relevant federal programs. Read more. 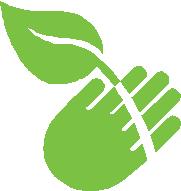 With its leaking roof, numerous building code violations and lack of modern technology, everyone agreed that Madison County Florida’s 60 year old hospital desperately needed to be replaced. Thanks to a sales tax referendum passed by Madison County residents, and financial assistance from Florida’s State Office of Rural Health, the brand new, state-of-the-art Madison County Memorial Hospital is proof of what can be achieved when residents and local and state officials work together.

“Florida only has 13 Critical Access Hospitals, so we can give them more personal attention and provide funds to entice them to modernize their facility and adopt new technology,” said Florida SORH Director Bob Pannell. When the new hospital was still in the development stage, the Florida State Office provided a $24,000 grant to educate the community on the need for and benefits of building a new hospital. Read more.

New NOSORH Staff Will Focus on Communication and Development

Kassie Clarke joins NOSORH after working independently for the past four years helping rural health care organizations with their grant writing needs.  Kassie will oversee the Grant Writing Institute for NOSORH along with preparing newsletters, writing toolkits and assisting NOSORH and SORH with grant seeking efforts.

The Centers for Medicare & Medicaid Services (CMS) are accepting nominations for the Advisory Panel on Hospital Outpatient Payment. Up to four new members will be named to the Advisory Panel. Nominees must be employed by a hospital, hospital system or other Medicare provider. The panel will advise the Secretary of the Department of Health and Human Services and the Administrator of the Centers for Medicare & Medicaid Services on the clinical integrity of the Ambulatory Payment Classification (APC) groups and their associated weights, and supervision of hospital outpatient services. Nominations will be accepted through November, 21, 2014. Read more.