A Message from the Outgoing President

loha! Well, as the sun sets on my year as the NOSORH President, I take a moment to reflect on the year and consider what a year it has been. It has been interesting, if nothing else, but despite the environment that surrounded us, there were some significant steps forward made by NOSORH this year. Since it is so fresh in my mind, National Rural Health Day has continued to expand with more activity from the offices, our partners, and our communities. Who would have thought that this would have expanded so quickly in six years? Congratulations and thanks go out to the Communications Committee for all their hard work on ensuring the success of NRHD and to all the State Offices for promoting it in their states. Read More

Thanks for Making National Rural Health Day 2016 a Success!

NOSORH would like to thank you for your support of National Rural Health Day 2016! The day was a great success with nationwide events, webinars and recognition by partners and the press. It was exciting to see posts and tweets fill up social media. In fact, #PowerOfRural trended on Twitter!  The NOSORH Facebook page’s reach increased by 77%, Facebook likes increased by 38% and Twitter followers increased by 30% from 2015. The NOSORH Website had over 5,000 page views, an increase of 320% from 2015. Read More

NOSORH recently released the State Office of Rural Health Roadmap for Working with Vulnerable Hospitals to provide resources and models to assist SORHs providing technical assistance for hospitals in jeopardy of closing. This Roadmap was developed at the request of the Federal Office of Rural Health Policy (FORHP) in response to the increasing number of hospital closures over the past several years. The Roadmap is full of resources and tools that SORHs, hospitals and communities can use to assist with the hospital transition process, which might mean closure of the existing inpatient facility as it currently operates, and the transition to a new service delivery model. Read More

NOSORH is excited to announce a reduced pricing option for Tableau software available to NOSORH members. Tableau is a data analytics and visualization software used by thousands of companies across the globe and is known for its drag and drop capabilities. It does not require any prior coding knowledge. To see Tableau in action, check out their many videos and demonstrations here. Read more

Thanks to Hall Render for outreach to Health staffers on the Hill for National Rural Health Day! Twenty-six legislators acknowledged the work of State Offices of Rural Health, rural providers and communities. NOSORH partnerships, framing messages and ensuring is focusing its efforts on we take advantage of every opportunity to share messages about rural needs as we move forward with our important policy work. The following update was provided by Hall Render, NOSORH Legislative Liaison. Read More

On October 26-27, the Federal Office of Rural Health Policy (FORHP) hosted a two-day New SORH Orientation for new and existing SORH directors and staff. Attendees included six directors and key staff representing the states of: Florida, North Carolina, Texas, Maine, Iowa, and Ohio. Organized by Keith Midberry and other members of FORHP, the Orientation included presentations from FORHP, the Bureau of Health Workforce, Grants Management, USDA, and many more key partners. The goal of the Orientation is to provide an overview of the many national rural resources available to SORHs and allow directors to meet with their project officers. Read More

Like many other states, Connecticut is facing a drug crisis. The number of drug overdoses in the state nearly doubled between 2014 and 2015. More people die there from drug overdoses than from car accidents or firearms. To combat this, the CT SBIRT (Screening, Brief Intervention and Referral to Treatment) program is training students who are enrolled in health profession programs to screen for substance misuse and to refer patients for treatment. Read More 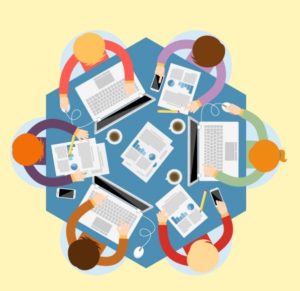 The three nonprofit State Offices of Rural Health gathered for their third annual meeting on September 27-28. Hosted by the Michigan Center for Rural Health (MCRH), the Colorado Rural Health Center (CRHC) and the South Carolina Office of Rural Health (SCORH) traveled to Lansing, MI, for two days of collaborative discussion and exploration. “As nonprofit SORHs, we are built and run a little differently than other SORHs. It’s helpful to learn how we all manage and engage with our Quality Networks, board of directors, and recruitment efforts,” said John Barnas, MCRH director.  Read More

NOSORH committees are great focal points for engaging in many NOSORH initiatives.  Descriptions of all committees and contact information can be found on the NOSORH website.

The Executive Committee discussed appointments to the Board and the strategic planning session to be held in January. Sharla Allen, President-Elect, is preparing for her term to begin in January.   Read More

NOSORH offers Steal Sheet articles for SORHs to distribute in emails, in your (or your partners’) newsletter, on websites, Facebook pages, etc. The December Steal Sheet includes: